What the Taliban and QANON have in Common? The Global Rise of Religious Nationalism

WHAT THE TALIBAN AND QANON HAVE IN COMMON: The Global Rise of Religious Nationalism
Professor Mark Juergensmeyer 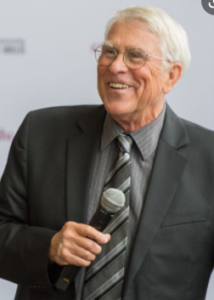 The return of the Taliban to power in Afghanistan and the virulent insurrection at the United States capitol on January 6, 2021 have some eerie similarities. They fit into a pattern of hostile new right-wing anti-immigrant politics surfacing throughout the world; even Canada is not spared. Professor Mark Juergensmeyer argues that the global rise of right-wing religious neo-nationalism is part of a thirty-year assault on the secular state triggered by globalization and the erosion of secular national identities. Though ideologically anti-global, these movements are themselves a part of the dynamics of globalization that is transforming the world. Theirs are imagined wars, and they can dissipate as quickly as they arose. How they might end will be in the concluding section of the lecture.

Mark Juergensmeyer
A frequent commentator in the news media, including CNN, NBC, CBS, BBC, NPR, Fox News, and ABC’s Politically Incorrect, Professor Mark Juergensmeyer is distinguished professor emeritus of sociology and global studies at the University of California, Santa Barbara, and William F. Podlich Distinguished Fellow and Professor of Religious Studies at Claremont McKenna College. He is a pioneer in global studies, focusing on global religion, religious violence, conflict resolution and South Asian religion and politics. He has published more than three hundred articles and thirty books, including God at War (2020), When God Stops Fighting: How Religious Violence Ends (2022), and the award-winning Terror in the Mind of God (4th ed, 2017).

Co-sponsored by Lectures in Catholic Experience, St Jeronme’s at the University of Waterloo and Canadian Network for Research on Terrorism, Security and Society (TSAS)