In the past few years, Narozhna’s research has focused on the intersections of gender and terrorism in female suicide bombings. In her recent book on female suicide bombers, published by the University of Toronto Press in 2016, she and co-author Dr. W. Andy Knight emphasized, among other things, on the importance of formulating an alternative to coercive counter-terrorist approach based on the notion of human security. This alternative approach can inform strategies not only to protect would-be victims of violent extremism but also to address the causes of radicalization and extremism in the first place. In her current and future research, she would like to draw on the general human-security centered framework they developed in our book to explore the untapped potential of education to engage with the grievances of those individuals and groups who feel marginalized and alienated in our society and are at the high risk of being radicalized. More specifically, she intends to elaborate the existing framework by drawing on the literature in emancipatory pedagogy and transformative learning to examine how educational institutions (high schools, colleges and universities) can effectively deliver counterradicalism content. Existing research clearly demonstrates that radicalization is fueled by the perceptions of injustice and hate. Narozhna’s interested in identifying, or developing, effective educational approach to counter radicalization. She believes that affiliation with TSAS would allow her to share her ideas with, and seek feedback from, the academic colleagues in the field and policy-makers, and potentially lead to some fruitful collaboration. 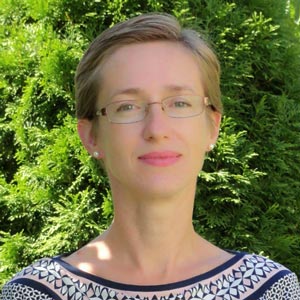 University of Winnipeg
See All Affiliates