Sabreena Ghaffar-Siddiqui is a PhD Candidate of Sociology at McMaster University. She has spoken at and been published in numerous academic and public forums worldwide, including government/NGO roundtable meetings and reports. She has written for and been interviewed by various major news outlets, including the New York Times, CBC News, CTV News, CP24, Toronto Star, The Globe and Mail and more.
Ghaffar-Siddiqui’s expertise as a Sociologist and the findings of her research, are useful for academic, governmental, and media communities alike. She is available to share her knowledge with relevant organisations (events, meetings, reports, media engagements). She is also open to collaborating with other scholars/experts in her area for related research.
She has conducted fieldwork in the broader areas of immigration, social inequality and identity. However, her doctoral research has focused on immigrant/refugee integration, racism, Islamophobia, extremism/radicalization, political and media discourse and public policy. Sabreena is also currently involved in two government funded research projects looking at refugee integration and hate crimes reporting in Canada.
Sabreena is fluent in Urdu/Hindi, Pashto, and Dari, (Punjabi & Arabic at intermediate levels), which gives her the advantage of being able to speak to a range of people and her “insider” and “outsider” roles allow for a higher level of in-depth analysis and insight. 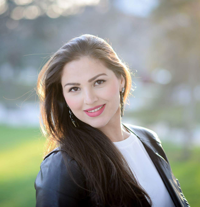