Naved Bakali is a doctoral student in the Department of Integrated Studies in Education at McGill University.

His research relates to anti-Muslim racism, Muslim youth identity, and Muslim-Western civic engagement. As he is transitioning from a PhD student to an academic, his future research endeavours will build from his dissertation by focusing on issues relating Muslim youth radicalization and communal-based interventions for deradicalization and countering violent extremism. Based on his research on Canadian Muslim youth, he has come to learn that many youth feel alienated and marginalized from society and may look for other outlets for a sense of community and belonging. As a number of Islamic terrorist networks have strong social media-based communities, Muslim youth may be susceptible to exposure to radicalized Islamic ideology. It is his belief that policy relating to countering Islamic extremism can be more effective through community-based interventions. Ultimately the kind of research he would like to engage in will investigate why some Muslim youth accept and are drawn towards radicalized ideologies as well as how engagement with Muslim community groups, mosques, and grassroots organizations can work with government bodies to counter violent ideology within Muslim communities in Canada and across North America. He has already began doing research and has participated in panel discussions and international conferences relating to issues of Muslim youth identity and radicalization. 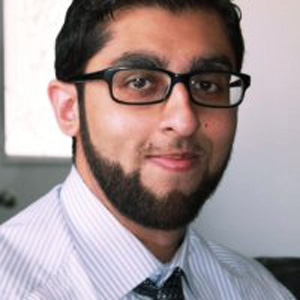