Dr. Myrna Lashley is an Assistant Professor in the Department of Psychiatry, McGill University as well as an adjunct researcher at the Culture and Mental Health Research Unit of the Lady Davis Institute for Medical Research. She was an Associate Dean at John Abbott College. She holds a doctorate in counseling psychology from McGill University and serves as a psychological consultant to institutions, including the juvenile justice system.

She has worked both as a consultant to First Nations and the Jewish communities, and as the Cross Cultural Trainer for the Grievance Committee Office of the Secretariat for McGill University. She has also conducted training workshops locally, nationally, and internationally and has acted as a consultant to the Brazilian health care system. She was a director of the Canadian Race Relations Foundation and has also served on the Comité consultatif sur les relations Interculturelles et Interraciales de la Communauté Urbaine de Montréal.

Currently, she is the Chair of the Cross Cultural Roundtable on Security, as well as Vice-chair of the board of the École Nationale de Police du Québec. She has also been appointed to the Comité expert en matière de profilage racial of the Service de police de la Ville de Montréal. She has authored two training manuals on intercultural issues in the workplace and has received several awards including the 2006 Friends of Simon Wiesenthal Award for Holocaust studies; the 2004 Martin Luther King legacy award; as well as the 1995 Merit Award for the Kahnawake Native survival school. She is currently Honorary Consul of Barbados to Montreal. 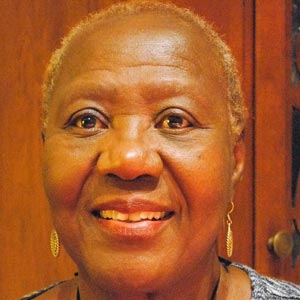