Kawser Ahmed received his PhD from University of Manitoba, Canada in Peace and Conflict studies in 2017. He leads a not-profit research think tank, Conflict and Resiliency Research Institute, Canada (CRRIC) at Winnipeg. Manitoba.

He served in the United Nations as a peacekeeper and he is an alumnus of National Defence University (NESA), USA. Currently, he is a research fellow with the Centre for Defence and Security Studies (CDSS) and a junior research affiliate with the Canadian Network for the Study of Terrorism, Security and Society (TSAS). His PhD research titled ‘Grassroots Approaches to Community-Based Peacebuilding Initiatives’ has been recently published by Lexington Books. He has several publications to his credit that looked into role of external economic aid and peace-building in Northern Ireland, national counter terrorism policies of Canada, Turkey, and UN Peacekeeping operations in Western Sahara. Currently, he is working on a book project with two US based academics in exploring the roles of community based organizations in countering violent extremism in western societies. His research interest includes: counter-terrorism, religion defined radicalization, inter-group conflict transformation, mediation and peacebuilding. He voluntarily retired from the Bangladesh Army in June, 2010 as a Lt Col and he lives in Winnipeg, Canada now. 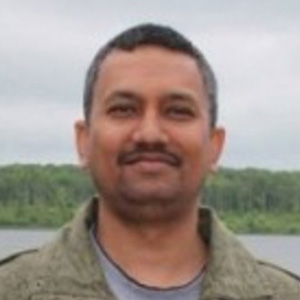