Joshua Labove is a PhD Candidate in the Department of Geography at Simon Fraser University. He is interested in borders, both as a geopolitical production, but also as a means of discussing inclusion and exclusion within Canadian urban life. As a student of Nicholas Blomley, his research aims to consider how conflicting claims to jurisdiction, sovereignty, and policing (re)define immigrant mobility. His current work considers how from map to border checkpoint “Canada” and the “United States” perform distinct legal and geopoltical claims to space, and what challenges that raises to identity, economy, and spatial justice.

In his MA thesis at Dartmouth College, he worked with Jennifer Fluri to investigate immigrant immobility through local immigrant enforcement programs within the United States following the creation of the Department of Homeland Security. He asserted that discourse and law together were complicating immigrant mobilities, turning to Foucault’s lectures on governmentality to problematise the nature of ‘policing’ as a probability that loomed over immigrant existences within the U.S. While at Dartmouth, he held the Graduate Research Fellowship at the Rockefeller Center for Public Policy and Social Science as well as a Fellowship from the William Jewett Tucker Foundation. 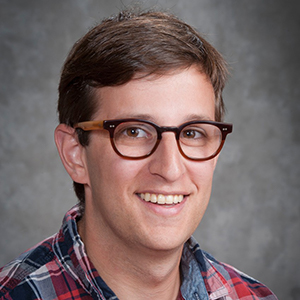