Joseph McQuade currently works as a SSHRC Postdoctoral Fellow at the Centre for South Asian Studies, a branch of the University of Toronto’s Munk School of Global Affairs. His current book project (based on research conducted during his doctoral studies) examines colonial law and the origins of terrorism in India from the mid-19th century up until Indian independence in 1947.

McQuade is currently conducting a second project on terrorism and counter-insurgency in postcolonial India and Myanmar (Burma) up to the present day. This new research examines ethnonationalist separatist movements along the India-Myanmar borderlands and assesses the impact of government led counterinsurgency operations on minority, gender, and indigenous rights in South Asia within a comparative perspective.

McQuade is published on issues relating to terrorism and international affairs in academic journals such as the Journal of World History and Sikh Formations, as well as popular online platforms such as The Conversation and open Democracy. He currently teaches an upper-year undergraduate class titled
Terrorism in South Asia: A Global Perspective. His broader teaching interests include the global history of terrorism, modern South Asian studies, and international relations.

In addition to his primary affiliation as a Postdoctoral Fellow, he is also an Affiliate Researcher at Queen’s University’s Global History Initiative and a Senior Research Fellow at the NATO Association of Canada. 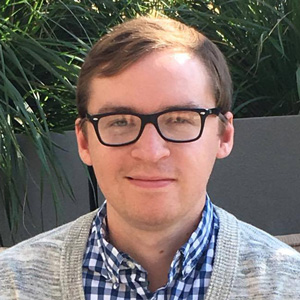 University of Toronto
See All Affiliates