Henry Tuck is the manager of the  Institute for Strategic Dialogue’s Kanishka-funded project, Extreme Dialogue, an educational initiative first launched in Canada in 2015 that aims to encourage debate, foster critical thinking skills and build resilience to extremist recruitment and radicalisation among young people. They have worked closely with Canadian schools, civil society organisations and law-enforcement on the Extreme Dialogue project, but are also keen to foster links in the academic community with a view to potential future collaborations around the monitoring and evaluation of CVE programs.

His academic background is primarily in International Conflict and IR, having studied an MA at King’s College London’s War Studies Department, with a particular focus on propaganda, the reporting of conflict and the nexus between conflict and communications, including the more recent impacts of social media. At ISD his previous research has focused on CVE policies and programs across Europe, the role of faith leader training in CVE, and the cost-effectiveness of deradicalisation or “Exit” programmes. More recently he has been coordinating upcoming research on the effectiveness of online counter-narrative campaigns (in collaboration with the SecDev Foundation), and the phenomenon of Western volunteers travelling to fight against ISIS in Syria and Iraq. 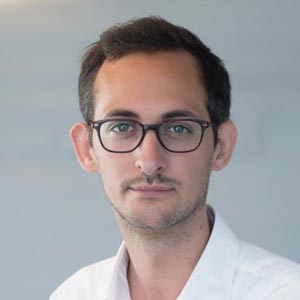