Haval Ahmad is a PhD candidate in International Politics at Aberystwyth University in Wales, United Kingdom. His current research aims to create a framework for youth rehabilitation and de-radicalization in the post-ISIS era in Iraq and Syria. Through a mixed methods approach, Haval is investigating the factors contributing to successful de-radicalization from extremist groups and to ensure an end to the cycle of violence and trauma among radicalized children and youth. His research interests include radicalization, de-radicalization, extremism, child soldiering, integration of refugees into the Canadian school system, and conflict in the Middle East.
In his master’s thesis, Haval used qualitative methods to research youth de-radicalization in Canada. This research was published in the Journal of Deradicalization in fall of 2017. He also presented these findings in Cape Town, South Africa at the Pathways to Resilience Conference IV in June 2017, organized by Dalhousie University. Haval’s undergraduate work focused on the reintegration of former child soldiers in Syria and evaluated the contributing factors into the recruitment of child soldiers.
Haval holds a diploma in Child and Youth Care Counselling from Douglas College, a bachelor’s degree in Justice Studies through Royal Roads University, and a master’s degree in Human Security and Peacebuilding through Royal Roads University. In addition, Haval also has extensive training in youth and child crisis intervention and applies this knowledge to research conducted.
Haval frequently appears on CBC and other Canadian news outlets to provide analysis and commentary on the Syrian Refugees Crisis and the role of Canadian schools in integrating refugee students. 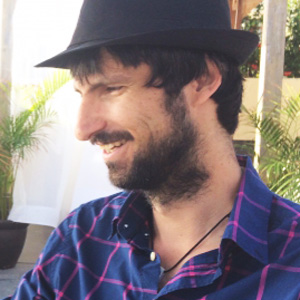