As the son of a terrorism victim, Hamid is striving to understand how to protect future generations from becoming the victims of terrorists and terrorist recruitment.

Hamid completed his bachelor’s degree at Idaho State University with two major, Political Science and International Studies. The two theses he wrote for the fulfillment of my degree were focused on terrorism and security. Durrani’s intentions are to continue his studies and to complete his master’s degree in Political Science and pursue his research on terrorism and its nonproliferation. The rising intricate problems of the modern world, such as terrorism, require practical solutions through the understanding of history, culture, religion, and political and economic systems of the target country. His objective is to enrich my knowledge through the interdisciplinary approach of TSAS (Terrorism, Security and Society) and apply his skills and field experiences to benefit this research organization.

In April 2009 Durrani received an exceptional and extraordinary opportunity to work as the Special Assistant and Executive Secretary of the Ambassador of the Republic of Tajikistan at its mission in Pakistan. During his three years tenure, he represented the Tajik government’s interests in Pakistan under the direction of the ambassador. He interacted, analyzed, negotiated, translated and effectively communicated with all levels of Pakistani government officials and also with representatives of other diplomatic missions from around the world located in Pakistan. While working closely with the Pakistani government on the deportation of illegal Tajik citizens, he learned that symbiotic relationships and strategic interactions exist among terrorism, religion, and socio-economic culture.
. 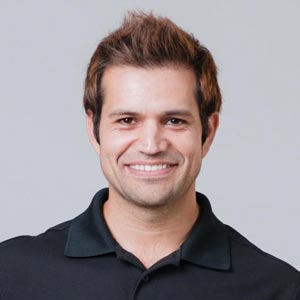 University of Waterloo
See All Affiliates