Dr. Donald Moore is a lecturer at the University of Guelph-Humber where he teaches critical and cultural theory, cinema, and media studies. He earned his PhD in English and Cultural Studies from McMaster University in 2008 where he wrote his doctoral thesis—Ethics in Empire: The Ethical Rhetoric of 9/11. It focuses on the diffused effects, rhetorical manipulations, and discursive (re)productions of “9/11” in contemporary ethical philosophy, discourses of globalization, global political rhetoric, and popular media. Don has authored over a dozen articles and book chapters on the areas of contemporary critical theory, cultural studies, post-9/11 ethical rhetoric, globalization studies, post-9/11 cinema studies and contemporary adaptations of Shakespeare. He is the co-editor of “Beyond Ground Zero: 9/11 and the Futures of Critical Thought,” a collection of essays published as the summer 2008 double-issue of the Review of Education, Pedagogy and Cultural Studies. His current work is in the area of post-9/11 global cinema studies, and focuses on the intersections between post-9/11 film and contemporary globalization, politics, culture, and popular media. This is the subject of his most recent publication, a chapter in the University of Toronto Press’s forthcoming book Outerspeares: Shakespeare, Intermedia, and the Limits of Adaptation (publication date: summer 2014). The chapter is entitled “Melted into Media: Reading Julie Taymor’s Film Adaptation of The Tempest in the Wake of 9/11 and the War on Terror.” His current book project, Terrorizing Cinema: Learning from Post-9/11 Global Film interrogates the ways in which a range of different contemporary film genres have shifted in generic, ethical, cultural, political, and aesthetic terms in relation to the terrorist attacks of September 11, 2001 on the U.S. The book looks at these different generic elements and shifts in relation to what might be called a “post-9/11 global cinema.” It’s aim is to examine how this new “film (non-)genre” is both shaped by, and adds to the ongoing global discursive production of what is arguably the most dominant concept shaping global ethico-political discourses of human rights, militarism, and state security: terrorism. 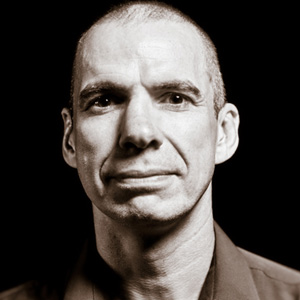