Ajisafe is a Doctoral candidate at the department of Political Sciences, (specialising in International Relations), University of Pretoria, South Africa. His academic backgrounds include a Master degree in African and European Cultural Relations at the University of Pretoria, two semesters Master study abroad at the department of Politics and Public Administration, Konstanz University, Germany; a Master degree in International Relations from Obafemi Awolowo University (OAU), Nigeria; Honours degree in History and International Studies from Adekunle Ajasin University, Ondo State, Nigeria and a university diploma in Local Government Studies from OAU, Nigeria.

Ajisafe has participated in international seminars, conferences, academic studies, professional training, as well as travel visits to South Africa, Switzerland, Germany, France, Belgium, Austria, Italy, Hungary, UAE and Qatar. As an Erasmus+ scholar, his story of accomplishment has been featured by the European Commission in 2017 ESAAeu magazine.

Other research essays written by him with a case study of Boko Haram and the Islamic State include:

• Europe and the Islamic State: examining how European Citizens are being radicalised.

• The Impact of violence and conflict on forced migrants in East
Africa: a case of Assad Abdullahi.

Currently, his research focuses on radicalization and violent extremism in European prisons, with a particular attention to prisons in the UK. As a TSAS Junior Researcher affiliate, he hopes to improve his research productivity in his areas of expertise as he networks and gains helpful insights from TSAS members and contributes to the progress of TSAS Canada. 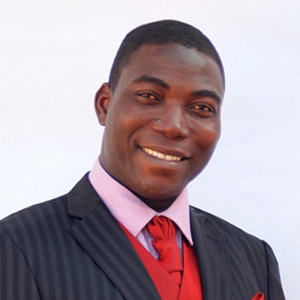 University of Pretoria
See All Affiliates
Skip to content