Azizur Rahman is a PhD student in the Department of Peace and Conflict Studies (PACS) at the University of Manitoba.

Mr. Rahman has completed (in four countries – i.e., Bangladesh, Germany, the Philippines, and Canada) an honors degree and three masters degrees in sociology, regional development planning, and criminology. His professional background includes research, consulting and community work. Mr. Rahman’s multidisciplinary background impels him to explore the problem of terrorism and its underlying causes, as well as effective intervention strategies from the PACS lens, and incorporating principles of interdependence, nonviolence and social justice. Terrorism, radicalization, extremism, and security issues can be examined from the structural (macro), meso (community, intergroup), and micro (individual) levels. Mr. Rahman’s research into the immigrant experiences will generate more interest in terrorism and security studies from multidisciplinary contexts. Given his current research into refugee experiences in the Canadian context, as well as the completion of relevant coursework, Mr. Rahman finds the issues of violence (i.e., structural and cultural) against refugees linked to the discourses of terrorism, security, and immigration. Mr. Rahman’s interests are deepening to view violence from both the human rights and multiculturalism frameworks. These frameworks include the context of rising anti-immigrant rhetoric, as well as negative attitudes toward refugees within immigrant-hosting countries. Over the next few years, Mr. Rahman wishes to conduct research into terrorism focusing on key topics such as refugee experiences, anti-Muslim violence, Islamophobia, hate crimes, perceptions and the policing of Muslim communities. 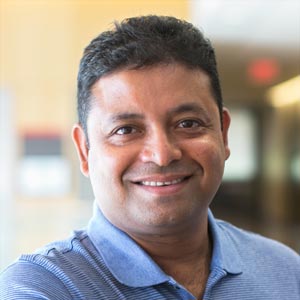