Throughout Ashlee’s studies at the University of Guelph and the Balsillie School of International Affairs she has focused her research on terrorism, security and society. While in her final year of her undergraduate degree she worked with the Canadian Women’s Foundation on the human trafficking of women via the internet as well as organized crime, specifically on Mexican drug cartels. Following graduation, she traveled to Beirut, Lebanon where she learned from diplomats in the counter-terrorism sector, and it was this experience that deepened my concentration on international security, foreign and defence policy, and (counter)terrorism.

As a CIGI Graduate Fellow, she is co-authoring a policy brief to be presented to Global Affairs Canada and senior policymakers, focusing on countering violent extremism online. Specifically, the purposes and uses of technology and specifically social media for terrorist organizations. In addition to her (counter)terrorism interests, she has recently pursued research in drug treatment courts and the behaviour of women in policing. Upon graduation of the International Public Policy program she hopes to join the United Nations Office of Drugs and Crime, furthering her interests in terrorism, security, and society. With the potential to be placed in South East Asia, she hopes to research the impact of Foreign Terrorist Fighters returning home to South East Asia and the impact this will have on developing communities in Asia. 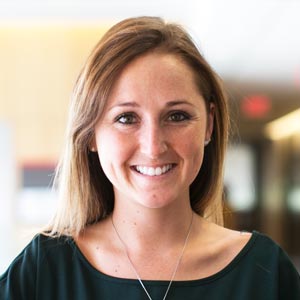