Michael Zekulin is a Lecturer in The School of Politics and International Relations at The Australian National University in Canberra. Michael’s research focuses on terrorism, radicalization, and CVE strategies.

He has published articles in The Journal of Policing, Intelligence and Counter terrorism, Behavioural Sciences of Terrorism and Political Aggression, Studies in Conflict & Terrorism, The Journal of Military and Strategic Studies and Defense and Security Analysis. He has written several policy papers, is a recognized public speaker on issues related to terrorism and security and is a frequent contributor to international media outlets. He also regularly presents at conferences and seminars including the RCMP Counter-Terrorism Information Officer Workshops.

His current research projects investigate the impact that counter-terror and counter-radicalization policies might have a state’s society and identity, efforts to map the lifecycle of a homegrown Islamist extremist and the methodological challenges of conducting research in the field of terrorism studies.

He received his degree from the University of Calgary in 2012 where his dissertation, A Growing Disconnect: Can the Contemporary Terrorism Literature Explain Domestic Homegrown Terrorism? investigated the 2004 Madrid attack, the 2005 London 7/7 attack and the 2006 Toronto plot which were some of the earliest examples of what we would today label homegrown terrorism.

He is the author of Endgames: Improving Our Understanding of Homegrown Terrorism 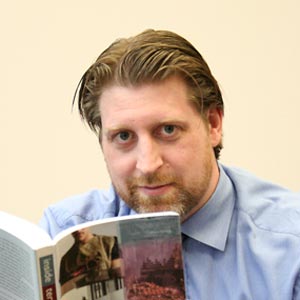