Candyce Kelshall is a seasoned, in-theater operational director and has worked extensively with militaries and advising police forces around the world as well as designing and delivering training to specialist units.

She is a former senior diplomat who is comfortable liaising with governments and operating at all levels within parliamentary and military contexts. She has taught vocational (police, law enforcement, military and intelligence) as well as academic programs in over 17 countries. She has been teaching in a university professional program context for the last 10 years.

Kelshall has extensive experience teaching both undergraduate and graduate programs in international relations, geo-strategic security, intelligence, risk & threat assessment. She has 30 years’ experience in diplomacy, law enforcement and military professional training and ten years as a military and police advisor in the UK. She has previously served as a diplomat, naval officer, specialist advisor and consultant in disaster response, critical incident and terrorist response, national emergency management and multi-agency joint operations architecture, as well as training design for intelligence fusion centers, special forces units and national operations centers. She is currently teaching at Simon Fraser University as an Adjunct Professor of Criminology.
Her current research interests lie in violent transnational social movements and their role in fifth generation war, the evolving nature of contemporary conflict, post-structural perspectives on human security, and subaltern realism in developing countries.

Kelshall is currently the President of the Canadian Association for Security and Intelligence Studies – Vancouver which encourages and promotes the study and practice of intelligence and security through its research projects, instructional teams, the biannual publication of the Journal of Intelligence, Conflict and Warfare, roundtable events, and annual CASIS West Coast Security Conference. She serves as the Editor-in-Chief of the Journal of Intelligence, Conflict, and Warfare, which publishes practitioner-focused briefing notes and articles on contemporary Canadian security issues. Kelshall is also a board member at the Canadian International Council – Vancouver which is dedicated to advancing Canada’s place in the world. Kelshall currently serves as the Director of DA-IC, which conducts specialist training to military units and police officers. 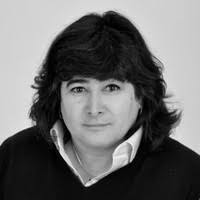 University of Buckingham
See All Affiliates
Scroll to Top