Baris Cayli Messina was trained and educated in Turkey, Netherlands, Italy, UK and the USA. He is a Fellow of the Royal Society of Arts and Member of the Council for the Defence of British Universities and Academics Stand Against Poverty. He is also Research Associate at the Scottish Centre for Crime and Justice Research (SCCJR).

Messina authored “Violence & Militants: From Ottoman Rebellions to Jihadist Organizations” in 2019 which was published by McGillQueen’s University Press. The book explores how militants rationalised the use of violence in different time periods and geographies and makes a major contribution to radicalisation, conflict theory, security studies, terrorism and comparative political research. The book compares Christian militants rebelled against the Ottoman Empire with current jihadist organizations; Hamas, Hezbollah, al-Qaeda, and Isis. The advance copies of the book were highly praised by authorities and the leading international book reviewers. The Kirkus Reviews noted: “Cayli’s analysis is careful and rigorous, and his command of secondary literature is impressive, resulting in a broadly multidisciplinary study.” The British Academy also organised a book launch event for the book on 28 October 2019. Messina is an interdisciplinary scholar and his future research lies in the intersection of terrorism, its outcomes and the cooperation of terrorist and organised crime groups. 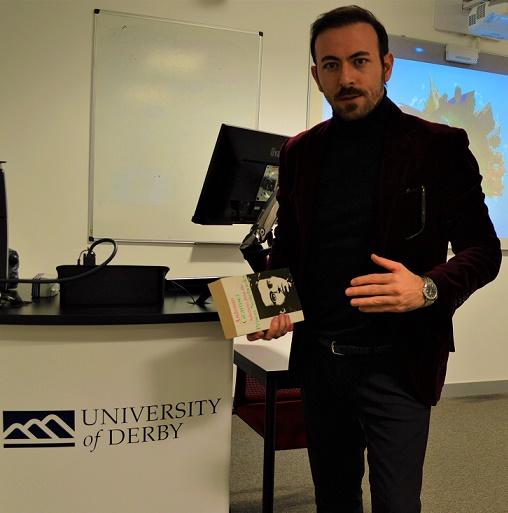 University of Derby
See All Affiliates
Skip to content