Venus Torabi is a PhD candidate in Digital Humanities at Brock University, her project, “CrISIS: Software or Soft-war? ISIS’s Modified Videogames as a means of Recruitment and Propaganda,” is funded by Ontario Trillium Scholarship. This research addresses the issue of online “Ludo-Terrorism” or the way entertainment tools such as Videogame platforms are making contributions to facilitate persuasion in recruitment for extremist and terrorist causes/organizations. She argues that such games might potentially lead to radicalization and developing Wanna-be subjectivity in players. Her work focuses more on the mechanism, functionality and neuro-psychoanalysis behind this potential radicalization via games, building her main argument on an interdisciplinary avenue of study. She argues that Ludic Terrorism has gone almost unnoticed among people of society. Therefore, such studies should serve, first, to raise awareness. However, embarking on alert-wise watch groups that would take measures both in academia and in society in spotting this latent “domestic” terrorism might not be possible unless researchers from various disciplines work collaborative to produce relevant base knowledge.
By affiliating with TSAS she hopes to join a like-minded, professional hub in addressing terrorism in its broader sense while boosting her knowledge in the relevant specific areas. 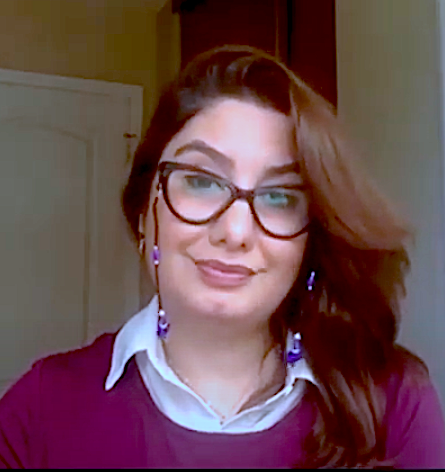