Tabasum’s doctoral work, under the supervision of Dr. David Lyon in the Surveillance Studies Center, was based on an understanding of theoretical and practical issues concerning surveillance, national security policy and (im)migration. Using a mixed method approach, Tabasum examined national security policy (security certificates) and its’ effects on the Canadian Muslim male population. In a survey with non-Muslim and Muslim men, the findings highlight that respondents experience and perceive security and surveillance distinctly from one another. In particular, Muslim men experience negative consequences, including a ‘chilling effect’ on their civil liberties, daily routines, sense of belonging and identity. Utilizing in depth interviews with Muslim men, Tabasum’s research exposed a relationship between intense security measures and perceived feelings of surveillance (along with the impact of media messaging, political rhetoric, and policies such as C51) with resentment and radicalization. Findings from her doctoral work are timely given the present challenges with terrorism, security and society.

Following her doctoral studies, Tabasum joined the Center for International and Defence Policy (CIDP) at Queen’s as a post-doctoral fellow with Dr. Stefanie von Hlatky. At CIDP, Tabasum’s research intersected with gender and security, engaging in projects including gender mainstreaming in the military, NATO and women’s participation, and, countering violent extremism.

Since 2017, Tabasum has been director of the policy & research department for an international NGO. Liaising with civil society, government, the international community, and donors, Tabasum leads a comprehensive portfolio aimed at providing reliable quantitative data for informed policy making in Afghanistan. Tabasum also leads a data analysis training program aimed at building the capacity of the Afghan government, civil society and academia. In her current role, Tabasum’s publications include The Model Disability Survey of Afghanistan, A Survey of the Afghan Returnees (2018, 2019) and, The Asia Foundations’ flagship, A Survey of the Afghan People (2017, 2018, 2019).

Tabasum continues to contribute to the field of security, surveillance and terrorism studies as a reviewer and author. Some of her recent publications in the field include: Incorporating Community Perspectives in CVE and Community-based Policing Strategies (2020, McGill-Queen’s Press), and, Understanding the Impact of Surveillance and Security Measures on Muslim Men in Canada (2018, Martello Papers, Queen’s University). 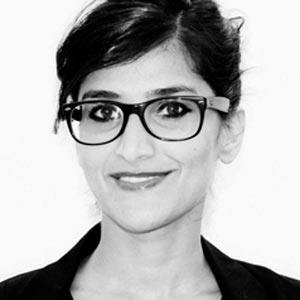