Stewart Webb’s academic writings and professional experience have translated into an extensive media presence. He frequently provides analysis and commentary to Canada’s Esprit de Corps magazine on Canadian and international military issues, including terrorism and insurgencies. He is also a frequent feature on CTV’s National News Network discussing ISIS and various other topics.

He is currently co-editing The Palgrave Handbook of Global Counter-Terrorism Policies, which is expected to be published later this year. His recent book Insurgency and Counterinsurgency in Modern War, which he co-edited and contributed towards, was published by Taylor & Francis’ CRC Press in August 2015. Also in January 2015, the NATO Centre of Excellence Defence against Terrorism Review Journal published his article on the need for intelligence-sharing reform in their Spring/Fall 2014 edition.

He obtained his MScEcon is Security Studies (with Merit) from Aberystwyth University and his BA (with honours) from Acadia University. At those universities, he concentrated on South Asian nuclearization and terrorism as thesis concentrations. 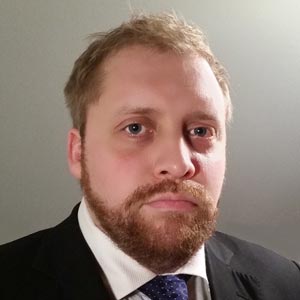