Roger Warren is an Assistant Professor on the Terrorism, Risk & Security Studies Program at Simon Fraser University (Vancouver), with a particular focus on Arab and Western foreign fighters. He is the author of a book, Terrorist Movements and the Recruitment of Arab Foreign Fighters: A History from 1980s Afghanistan to ISIS, to be published by Bloomsbury in 2019.
He is former British Army officer (lieutenant colonel) with a PhD in International Relations based on a thesis entitled: “Forged in the Crucible of Defensive Jihad: Arab Foreign Fighters and their Trajectory to Involvement in Islamist Terrorism.” Warren’s research areas include the notion of radicalisation, political Islam, foreign fighters, and suicide terrorism within the Arab world.
Warren’s previous military experience and academic training ensure that he is well placed to address the challenges of contemporary terrorism (particularly Islamist inspired). His experience Northern Ireland, Iraq (1991), Bosnia, Kosovo and Iraq (2003), with a total of eight years in the Arab world post 9/11. This has afforded him a unique first-hand view of the face of terrorism. Drawing on his ability to speak and read Arabic, much of his academic research has been leveraging Arabic social media. 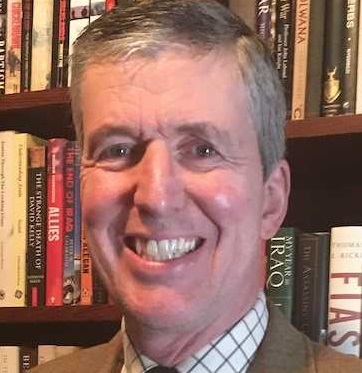