Omer Aijazi is a PhD candidate in the Department of Educational Studies and Liu Scholar at the Liu Institute for Global Issues, University of British Columbia. Omer’s doctoral research is funded by the Social Sciences and Humanities Research Council of Canada (SSHRC) and examines processes of social repair after natural disasters in settings of structural violence, where populations are most vulnerable. Geographically, Omer’s research is situated in Pakistan and contributes to both policy and practice.

Prior to returning to academia, Omer worked extensively with the international humanitarian system in the 2010 Pakistan monsoon floods response. He worked closely with communities in several regions of the country and these intimate experiences continue to influence his work. In 2012, Omer returned to Pakistan on a research project with the United Nations Human Settlements Program (UN-HABITAT) to explore the role of religion and gender in disaster recovery. Omer also works with the International Union for Conservation of Nature (IUCN) as a junior consultant/post-graduate researcher on conflict sensitive climate change adaptation policy and natural resource governance frameworks.

In 2013, funded by the Goethe-Institut, Omer was a Scholar in Residence at the Institute for Advanced Study in the Humanities (KWI), Germany in the “Culture and Climate” research stream. During his tenure in the Scholars in Residence program, he examined the use of various culturally embedded resources by communities in post-flood Pakistan to navigate the consequences of disasters and climate change. He also elaborated on the use of visual methods (photography) as a critical research pedagogy to narrate the lives of communities disrupted by climate change and natural disasters.

Omer received a MA in Community and Social Planning at the University of British Columbia, and a BBA in Business Administration from the University of Toronto. His master’s research consisted of fieldwork with religious schools in Pakistan and focused on ideas of subaltern representation, and how the mission and mandate of such institutions intersect with national projects of development and modernity. 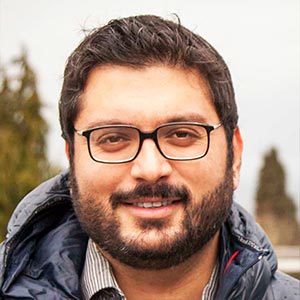