Navaid Aziz is a Canadian Muslim public figure with a diverse academic and social background.He is currently focused on the education and integration of Muslim youth, with the hopes of eradicating radicalization. He was raised in Montreal, Quebec where he completed a diplome d’etudes collegiales in commerce and social sciences from Champlain College (2000) before heading to the Islamic University of Madinah where he completed an Associates Degree in Arabic Language and Literature (2003) and a Bachelors in Islamic Law (2008). Upon returning home to Canada, Navaid began teaching for Al-Maghrib Institute. He has since transitioned to their Director of Public Relations and Student Affairs. During this period, he volunteered as the Islamic Editor for Little Explorers Magazine and began his work as a youth and family counselor. It was also during this time that he established himself as a sought after public speaker. He has lectured across four continents and eighteen countries thus far.In 2012 Navaid moved to Calgary, Alberta to become the Director of Religious and Social Services for the Islamic Information Society of Calgary, a position he currently holds. In Calgary his youth counseling work extended further to include helping in the mitigation of criminal radicalization. This included the implementation of civic engagement opportunities for Muslim youth. Among the programs started were youth groups, volunteer programs at the local shelters, community cleanups, and tree planting days. In 2015 Navaid became the first ever Muslim chaplain with the Calgary Police Services. Through his involvement with CPS he consulted in the development of their world renowned ReDirect program. Navaid is also currently working with the Organization for the Prevention of Violence in Alberta as a programming and intervention coordinator. He is currently working on establishing further opportunities for preventing radicalization and enhancing youth integration.To read more about Navaid’s counter-radicalization efforts and media appearances please visit: Http://www.NavaidAziz.com 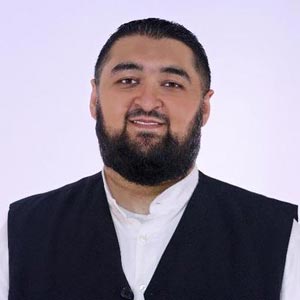