Naomi originally became interested in studying extremism during her undergraduate studies. In 2015 she was conducting research abroad in Istanbul and Ankara, Turkey when the PKK/Government cease-fire broke down. During this time she was able to witness how violence from both Kurdish rebel factions and ISIS attacks impacted Turkish society. Upon returning to Canada, Naomi became keenly focussed on what factors might influence the growth of violent extremism in a Canadian context.
While later completing an MA in Religion, Culture and Global Justice, Naomi studied far-right extremism and religious violence. Specifically, she examined how previous cases of infamous far-right extremism in the United States throughout the 1980’s and 1990’s may demonstrate preliminary or tentative behavior patterns among Christian, Millennialist far-right groups and could be used as ‘warning signs’ when applied to contemporary far-right organizations. Her article “Fringe Religion & the Far-Right: Dangerous Behavior Patterns Among Christian Millennialists” was published in Inquiries Journal in 2019.
Currently, Naomi is completing a Master’s of International Public Policy at the Balsillie School of International Affairs and is still keenly focussed on issues of extremism. At BSIA she has worked as a research assistant to both Dr. Alistair Edgar and Dr. Bessma Momani on projects associated with Canadian Defence and extremism. Naomi hopes to merge her previous research together with her current studies in public policy in order to better understand government responses to extremism, extremist ideology, and threats to public safety. 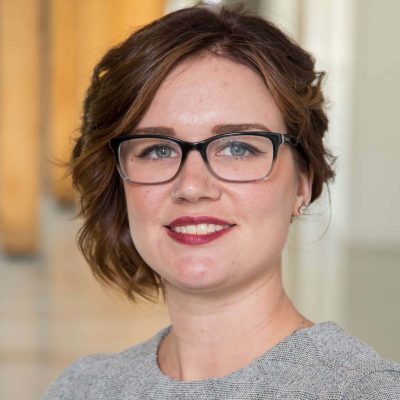