Dr. Louise Shelley is a University Professor at George Mason University. She is in the School of Public Policy and directs the Terrorism, Transnational Crime and Corruption Center (TraCCC) that she founded. She is a leading expert on the relationship among terrorism, organized crime and corruption as well as human trafficking, transnational crime and terrorism with a particular focus on the former Soviet Union. She also specializes in illicit financial flows and money laundering.

From 1995-2014, Dr. Shelley ran programs in Russia, Ukraine and Georgia with leading specialists on the problems of organized crime and corruption. She has also been the principal investigator of large-scale projects on money laundering from Russia, Ukraine and Georgia and of training of law enforcement persons on the issue of trafficking in persons. Professor Shelley is presently serving on the Global Agenda Council on Illicit Trade and Organized Crime of the World Economic Forum (WEF) and was the first co-chair of its Council on Organized Crime where she continues to serve.

She presently co-chairs a group on human trafficking within the Global Agenda Councils of the WEF. Professor Shelley is a member of the Council on Foreign Relations. She has spoken at various international fora and at many universities both in the United States and abroad on transnational crime and corruption. Additionally, she appears on television and radio, including appearances on CNN, NPR’s Marketplace, PBS, A&E, the History Channel and 60 Minutes. 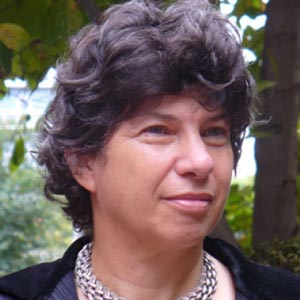