Louis-Philippe Caron is a lawyer and political scientist from Montreal, Canada. Currently working as a Human Rights Officer with the United Nations peacekeeping mission in the Central African Republic (MINUSCA), he previously practiced as a litigation lawyer. Louis-Philippe holds a B.A. in political science, history, and religion from McGill University, an LL.B. and J.D. from Université de Montréal, and an ALM in international relations from Harvard University.
Through his experiences as a lawyer and in peacekeeping, he is in a strong position to analyze and critique the body of international humanitarian law, with the intention of strengthening its core and promoting to Canadian and international entities the importance of the rule of law on the peace and security of afflicted countries. 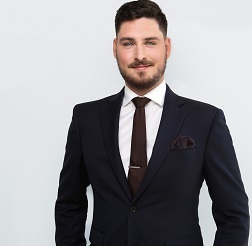