He holds a doctorate in sociology from UQÀM and a bachelor’s degree and a master’s degree in history from Université Laval. He completed a post-doctoral research funded by SSHRC in 2014-2015 at the Center for African Studies at the prestigious Rutgers University located in the state of New Jersey in the United States.

He studies the attractiveness of Salafi Islam and Evangelical/Charismatic Christianity on African migrants. He is also interested in media use by religious groups both on the African continent and in Canada. He has a long-standing research career on various religious topics in West Africa, and thus can bring insights on various sociological factors that play important roles in radicalization processes: intergenerational relations, gender issues, urbanization, connections between religious identity and nationalism, and social class. 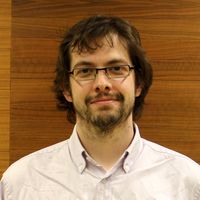