Leonardo Baccini’s research focuses on trade, international organizations, and the political economy of security. For instance, in a recent paper with Francesco Amodio (McGill University) and Di Maio (University of Naples, Parthenope), he explores the effect of trade restrictions on political violence in the West Bank. In a follow-up project, he explores the effect of North-South trade liberalization on internal conflict in developing countries.

Two of his ongoing projects focus specifically on terrorism. In the first project, he explores the effect of terrorism on voting behavior. While there is a large literature on the effects of terrorism on political behavior, empirical results are contradictory. These conflicting findings are often a product of the difficulty in assessing the effect of terrorism on electoral outcomes due to selection bias. He addresses these challenges by collecting an exhaustive list of terror attacks in OECD countries from 1970 to 2013 and directly compare the effects of successful terror attacks with those of failed attacks. The identification assumption is that, conditional on being a location targeted by a terror attack, the success or failure of the attack is plausibly exogenous. The results show that after a terrorist attack incumbent left-wing candidates face a 10% drop in votes.

In a second project Baccini is collaborating with Abel Brodeur (University of Ottawa) and their plan is to explore whether poverty causes terrorism. To do so, they aim to collect data on a large number of homegrown terrorists in North America. The goal is to test whether the likelihood of becoming a terrorist in North America is related to the local economic environment where an individual grows up or graduates high school. To collect the data they will rely on automated and manual data collection strategies. This dataset will allow them to test whether local unemployment rates at birth and at the time of graduation are related to the likelihood of becoming a terrorist. To our knowledge, they would be the first to provide this detailed micro-analysis of the causes of radicalization. 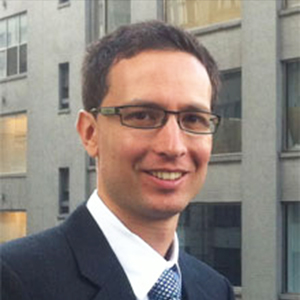