Khalid Khan got his main terrorism exposure as a Counterterrorism Case Officer. He investigated the death of 15 Shia Muslims due to a grenade attack on a Shia congregation in Malhowali on 11 April 2000. He was dealing with domestic terrorism when 9/11 took place and during the following 12 years he learned about international terrorist outfits. His operational work gained momentum after the assassination attempts on the Pakistani President General Pervaiz Musharraf in Rawalpindi. These incidents were followed by many more comparable terrorist acts, and gave him an insight into Al-Qaida and its affiliated local Jihadi organizations.

Over time he gained more experience and knowledge about international terrorist outfits that operate in the Pakistani border areas with Afghanistan. He gained counterterrorism experience by working with international intelligence, security and law enforcement agencies from Europe, America and China.

He helped to dismantle various domestic and international extremist networks which resulted in the arrest of high value targets. Interrogation of key terror suspects increased his knowledge of various terrorist outfits and allowed him to better understand their methods of operation. 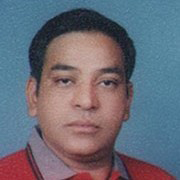