Dr. Kamran Bokhari is Director, Strategy & Programs with the Center for Global Policy. Dr. Bokhari teaches courses on national security & foreign policy to Canadian military, intelligence, law enforcement & other govt officials at the University of Ottawa’s Security & Policy Institute for Professional Development. Bokhari has served as a Fellow with the Program on Extremism at George Washington University and as a Senior Consultant with The World Bank. He has 15 years of experience in private sector intelligence where he provided intellectual leadership in the publishing of cutting edge geopolitical analysis and forecasts.

Dr. Bokhari is the author of Political Islam in the Age of Democratization (Palgrave Macmillan, 2013) . He also has contributed chapters to edited volumes such as Strategic Analysis in Support of International Policy Making (Rowman Littlefield, 2017) and Reassessing Order and Disorder in the Middle East: Regional Imbalance or Disintegration? (Rowman Littlefield, 2017), Oxford Handbook on Islam & Politics (Oxford, 2013), Debating Moderate Islam: The Geopolitics of Islam and the West (University of Utah, 2007).

Bokhari earned his PhD from the department of politics & international relations at the University of Westminster after successfully defending his thesis ‘Moderations Among Salafists & Jihadists’ with Egypt’s Nour Party and Afghanistan’s Taliban movement as case studies. He tweets at @KamranBokhari 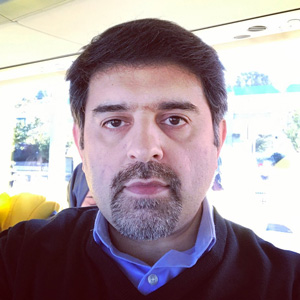 University of Ottawa
See All Affiliates