Dr. Karagiannis is a political scientist specializing in security issues. He is also the Research Director of the newly established Near East Center for Security and Strategy, a Senior Analyst at the political risk consultancy Wikistrat, and a Research Affiliate of the University of Maryland’s National Consortium for the Study of Terrorism and Responses to Terrorism. He was educated in Great Britain (London South Bank University, Reading University, Hull University) and the United States (University of Pennsylvania). He taught in universities and military colleges in Great Britain, Bulgaria, Kazakhstan and Greece. He lectured as a visiting professor in Italy, Cyprus, Spain, and Russia. He held research positions in prestigious US universities (Yale University, Columbia University, Princeton University).  His research interests include radicalization of European converts to Islam, political Islam in Central Asia and the Middle East, the collaboration between Islamists and leftists, and ethnic conflicts in the former USSR. He has travelled extensively throughout the Caucasus, Central Asia, and the Middle East to conduct research and give presentations. 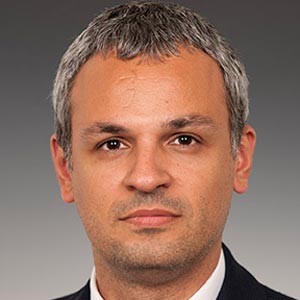