Emeka Njoku is a doctoral student in the Department of Political Science at the University of Ibadan.

His research was shaped by the events that followed the 9/11 terrorist attacks on the US home land, specifically the explosion of institutions for counter-terrorism after the attack globally. The emergence of Boko Haram terrorist groups in Nigeria, his country, drew the government into the global efforts in countering the proliferation of terrorism. Consequently, the Nigerian government established various counter-terrorism laws, policies and institutions to curtail the activities of the Boko Haram terrorist groups. He is interested in studying how the implementation of these counter-terrorism measures have hampered human rights and civil liberties, particularly how these measures have intersected and shaped the spaces and actors of civil society organisations and its implication on the Nigerian society. While qualitative studies on the impact of counter-terrorism on civil society organisations have been carried in different political contexts such as the United States, United Kingdom, Spain, Uzbekistan, Kyrgyzstan, India, Afghanistan, Kenya and Uganda, his study represents one of the pioneering research that attempts to quantitatively test the effects of counter-terrorism policies on civil society organisations with greater certainty, specifically on account of the variations observed in different political contexts. In effect, the study seeks to advance the debates on the many guises and entrenched nature of the post 9/11 global counter terrorism laws and policies, using Nigeria as a critical case. 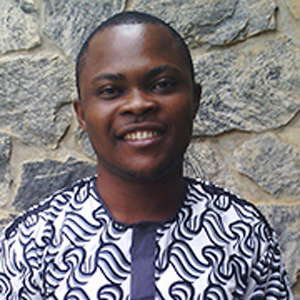 University of Ibadan
See All Affiliates
Skip to content