Anurag Sharma has completed the MPhil in Politics and International Relations, with research focus on International Security at the Dublin City University in Ireland, in 2018. His MPhil thesis titled as “The Islamic State Foreign Fighter Phenomenon and the Jihadi Threat to India”. Anurag’s main research interests are: terrorism and the Internet, Countering Violent Extremism/Online (CVE), Radicalisation, Counter-terrorism and Foreign (Terrorist) Fighters.
At present, Anurag is employed as a Research Associate with the Vivekananda International Foundation—an Indian think-tank based in Delhi, India. Also, he is an Affiliate Member with AVERT (Addressing Violent Extremism and Radicalisation to Terrorism) Research Network in Australia.
Anurag Sharma has an MSc in Information Security and Computer Crime, major in Computer Forensic from University of Glamorgan (now University of South Wales) in United Kingdom and has an online certificate in ‘Terrorism and Counterterrorism’ from Leiden University in the Netherlands, and an online certificate in ‘Understanding Terrorism and the Terrorist Threat’ from the University of Maryland, the United States. 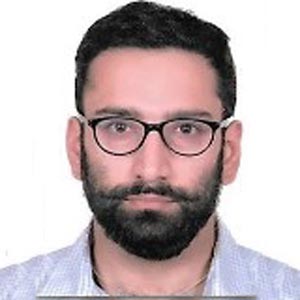