Abel Brodeur is an Assistant Professor of Economics, University of Ottawa.

Brodeur’s research interests centre around the economics of crime and labor markets. In a recent paper (2015), he examined the economic consequences of terror attacks and the channels through which terrorism affects local economies. He relies on an exhaustive list of terror attacks over the period 1970-2013 in the U.S. and exploit the inherent randomness in the success or failure of terror attacks to identify the economic impacts of terrorism. The findings suggest that successful attacks, in comparison to failed attacks, reduce the number of jobs in targeted counties by approximately 4% in the year the attack takes place. The effects fade away after 2 years and there isno evidence that neighboring counties suffer from the successful attack. Analyzing the channels, he finds that successful attacks affect particularly specific industries such as retail trade, finance and real estate. Last, he uses data from the Michigan Survey of Consumers and show that successful attacks increase consumers’ level of pessimism for their personal finances, business conditions, and buying conditions.
In future projects, he intends to study the economic causes of terrorism. He started to collect data on few hundred homegrown terrorists in the U.S. and in Europe over the past decades. The data collected will allow him to document the socio-economic characteristics of homegrown terrorists and to test whether poverty and unemployment increase the likelihood to become a terrorist. 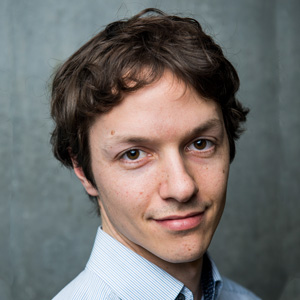